We welcome all in the
tradition of Mercy and guide those
who gather information, raise inquiry, and embrace
discovery. 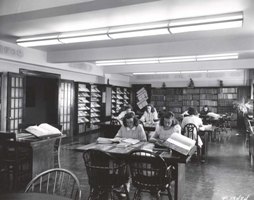 The original Misericordia library was located on the second floor of the Administration Building, which was rededicated in 2002 as Mercy Hall. As the library holdings grew, the space was expanded in the 1970s and renamed the Sister Francesca McLaughlin Library, after Sister Francesca, who was Librarian from 1938 to 1965. The library eventually grew to encompass the entire second floor, and by the 1990s, plans were underway to build a new library building adjacent to Mercy Hall. 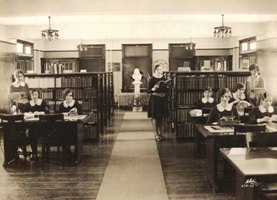