<Back to News
Tony Award-winning Broadway composer performing in Lemmond Theater on Feb. 10

Misericordia University will present singer and Tony Award-winning composer and lyricist Jason Robert Brown, with special guest Nova Y. Payton, at the “Celebrating the Stars” concert on Monday, Feb. 10 at 8 p.m. in Lemmond Theater. Brown will perform songs from his theatrical repertoire as well as songs from his new album, “How We React and How We Recover.” 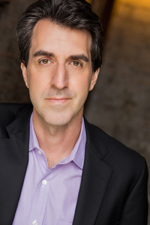 Tickets for the concert are $30 for premium seating; $25 for general admission, and free to Misericordia University faculty, staff, and students with an ID (limited to 2 per person). To order tickets online, please go to  http://www.misericordia.edu/JRB. They are also available at the Misericordia Box Office and at the door the night of the concert.

Brown is considered an equally skilled composer, lyricist, conductor, arranger, orchestrator, director and performer. As a solo artist and with his band, The Caucasian Rhythm Kings, Brown has performed at concerts around the world. He has sold out performances at New York’s SubCulture for the past four years, performing alongside some of the music and theater world’s most recognized performers. His newest album, “How We React and How We Recover,” was released in June 2018 on Ghostlight Records. His previous solo album, “Wearing Someone Else’s Clothes,” was named one of Amazon.com’s best of 2005.

Brown’s 2012 concerts at the Abrons Arts Center, featuring Anika Noni Rose, were filmed and broadcast on PBS. Brown also was showcased in a live broadcast from the London Palladium of the BBC’s “Friday Night Is Music Night” with the BBC Concert Orchestra. His collaboration with singer Lauren Kennedy, “Songs of Jason Robert Brown,” is available on PS Classics.

Brown is nationally known for his scores to several of the most renowned musicals of his generation, including “The Last Five Years,” which was cited as one of Time Magazine’s 10 Best of 2001 and won Drama Desk Awards for Best Music and Best Lyrics; “Songs for a New World,” a theatrical song cycle which played Off-Broadway in 1995; “13,” which opened on Broadway in 2008, and the inspiring “Parade,” for which he won the 1999 Tony Award for Best Score. 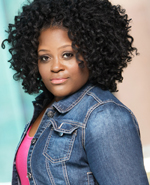 Brown spent 10 years teaching at the University of Southern California School of Dramatic Arts, and also has taught at Harvard and Princeton universities and Emerson College. He lives in New York City with his wife, composer Georgia Stitt, and their two daughters.

Guest artist Payton has performed on television and in theater productions in more than 150 major cities across the U.S., and in countries around the world, including Canada, Japan and Saudi Arabia. She is well known as the soprano voice in the internationally staged musical, “3 Mo’ Divas.” The former American Musical and Dramatic Academy student has a prolific catalog of artist collaborations, and has shared the stage with Stevie Wonder, Roberta Flack, Levi Kreis, and Bobby McFerrin, among others. She also has performed as the opening act for well-known artists, including Ashford and Simpson, Will Downing, Stephanie Mills, Melba Moore, The Chi-Lites, and the Dramatics and Stephanie Mills, who rose to stardom as “Dorothy” in the original Broadway production of “The Wiz.”

For more information about the concert and cultural events at Misericordia University, please contact the university Box Office at 570-674-6719.